This short story was written purely for fun for the end of summer spanks blog hop. Before I start into my story I want to give a special word of thanks to the following wonderful people for agreeing to attend The Finnegan Academy For Young Ladies and letting me run riot on them. I never had as much fun writing a story. This is a work of fiction. Characters, places and incidents either are products of my imagination or are used fictitiously. Any resemblance to actual events or locales or persons, living or dead, is entirely coincidental. Names, however, are real spanking fiction authors, but used with kind permission of the person in question.

Cast in order of appearance

The Finnegan School For Young Ladies

Katherine petulantly tossed the last item of regulation clothing into her drawer and slammed it shut. Finishing school! Who the hell went to finishing school these days?  At nineteen years of age, Katherine Deane was extremely resentful about being sent here, instead of going off to college with her friends. But Darling Daddy wouldn’t fund college until Katherine had done her year here.  It was all down to that cow her father had married, Pippa. Who the hell was called Pippa anyway? Obviously someone with a red-hot poker stuck up her arse.
“Oh but it’s the best, Charles. I went there. Really, it will be wonderful for Katherine: teach her how a proper young lady ought to behave.” Pippa had wheedled.
He’s Charlie, he always was and always will be, Katherine wanted to scream. On the plus side, it was a boarding school, she wouldn’t have to look at Pippa smarming all over her father day in day out, worming her way around him, constantly touching and kissing him. Eeugh. It was enough to make her vomit. 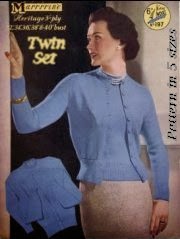 The siren wailed its horrendous loud, high pitched alert. Her first assembly. Well, this was it. Time to find out about her new school. One hundred young women filed into the room. Some were there with friends, and whispered as they entered. Others, like her, were completely alone and filed in quietly. Katherine took a pew beside a young woman with twinkling eyes and a welcoming smile, kitted out identically to her. Navy, knee length A line skirt, knee high white socks, and pale blue twinset, matched with the only jewellery that was permitted – a single strand of fake pearls. Stepford Wives, how are you!
“I’m Katherine, love the outfit,” she said in a whisper.
“Megan. I bet my knickers are nicer than your knickers,” Megan whispered back with a giggle.
Katherine snickered - she knew they weren’t – they had regulation underwear too, and their bags had been inspected when they arrived.
“I’m deadly serious, I wore six pairs of panties yesterday under my skirt to get them past inspection. White lace,” Megan whispered, proud of her achievement. Straight away, Katherine knew they would be friends.

Katherine gasped once again as she watched the proceedings, especially when the headmaster pulled out the slipper. It was no flimsy light indoor footwear as she had imagined. This was a flat bottomed, rubber soled plimsoll. Her eyes were stuck to that gymshoe as it made a hard swift swipe down across poor Thianna’s bottom as she yelped and grabbed onto her ankles for dear life. When she called out her line it was obvious tears were close as she stuttered on each word.
Katherine watched the perfectly formed track of the shoe get even redder as he pulled away the slipper. Her breaths were coming hard and fast. She hoped nobody noticed. Mr. Mullens’ spanking arm came down again, this time on the other cheek. Thianna howled and shouted out her line. The third spank was the breaking of her and the remainder of the spanking was delivered through her sniffling and tears.  Katherine felt for her. But still her primeval fascination at witnessing the proceedings was stronger than her empathy. She wanted the next victim.
“You may step back to where you were, but leave your bottom on display until further notice,”
“Thank you, sir,” Thianna cried. Even before she had returned to her spot, another young lady was making her way toward him.
“Name?”
“Natasha Knight, sir.” Something about the confident way Natasha answered made Katherine take notice. The young woman looked the headmaster in the eye instead of cowering. Katherine really admired her bravado. Even without being asked, she held up her pink boy shorts for his inspection. There were letters across the seat. 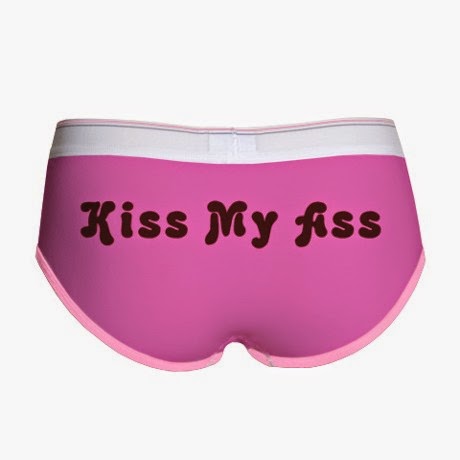 “Read the slogan aloud, so everyone can hear,” he said, his eyes looking her up and down coolly. It was obvious he was not impressed.
“Kiss my ass,” Natasha said clearly, not even disguising the small smile that was playing on her lips.
“The cane most certainly will kiss your ass, as you so aptly put it,” Mr Mullens said ominously. “You, Miss Knight, will receive ten strokes with the cane, six for the distasteful slogan, and four for your brazenness. I suspect I will see you too often in my study in the future. Your line is thank you sir, disrespect and disobedience  deserves a good caning.” He replaced the slipper on the desk, and pulled out a long, thick ratten cane, curved at one end. He ran his hand down the length of it reverently, his eyes devouring it.
With a dash of bravado, Natasha leaned over and grasped her ankles before being told. Katherine would have sworn she was relishing the moment, but that was insane. She couldn’t possibly be. Her hips swayed slightly, not at all like Thianna’s quiver. Almost rocked. Damn it, she was savouring it. How odd.

The cane came down hard with a whoosh, Natasha gasped just before connection and then a tiny little yelp escaped as the thick rattan rod made impact. One bright red welt formed across the top of her buttocks. Once she repeated her line, Mr. Mullens took the second stroke. Katherine couldn’t believe that all Natasha did was let a little yelp each time, not a tear or a quiver in sight. And the stronger she stayed, the harsher the stroke. Mullens wanted to break her. Six strokes later and he had still failed. He planted the seventh on the back of her thighs, and finally she cried out. The eighth was just below, and the tears came. Natasha howled when he criss crossed  the already existing lines with the last two. Katherine saw his mouth form into a barely perceptible smug little smile. He had won and he knew it.
Next up was a perky young woman with a perfect hourglass figure. Although she was bare-bottomed, it was her full chest that drew Katherine’s eyes. It was just so perfect, even hidden by the modest twinset. It was obvious from where Mr Mullens’ shining, bulging eyes were focused that he noticed it too.
“Name,” he asked with a little cough.
“C-c-casey McKay, sir,” she trembled.
“I should have known, I remember your sister. I trust you will be less trouble. Hold them up.” 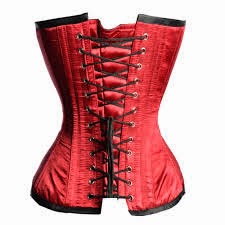 Casey held up a crisp, starched cotton pair of granny knickers, the regulation school uniform ones. Mullens looked confused for a moment. Nurse Brown signaled to him to raise her sweater. He did so very slightly and his already bulging eyes nearly popped out of his head. Underneath her twinset, Casey was wearing a bright red corset, pulled tight with black ribbons. No wonder her figure looked so perfect, Katherine thought in admiration.
“ Six each of the cane and slipper and no underwear of any description for two weeks. Your line is young ladies should not exaggerate their attributes. Assume the position.”
Mullens really put the boot in with Casey’s spanking. He whacked the gymshoe down with all his might.  Twice she let go of her ankles from the sheer force on her backside making her stumble. But he showed no mercy and started over each time. In the end it had become eleven of the slipper. Katherine really felt for her as she squealed when he started over the second time. And she still had the cane to go. On a bottom already fire red and lined with the tracks of the shoe, he slammed the cane down, raising large red welts, above the tracks.
That had to hurt like the devil, Katherine thought. She was shifting and shuffling in her seat in sympathy as Casey’s feet did an involuntary little dance between strokes. God that man was a sadist. He should be arrested. But damn, he was beautiful, and so freaking masterful. She was entranced.
Finally it was Megan’s turn. Although they had only just met, Katherine had more empathy with her because they had actually spoken and Katherine liked her.
“Name,” Mr Mullens barked.
“Megan Michaels, sir.” Megan spoke in a small voice not eyeing him but Katherine caught a glimpse of her eyes. She saw no remorse there, Megan was playing him! Katherine couldn’t help her grin as she blew her new friend a discreet kiss. She held up her panties as instructed and Mullens went red in the face as he eyed the tiny lace thong, barely bigger than an Elastoplast. His eyes bulged and Katherine eyed him in alarm, afraid he was going into some sort of fit. 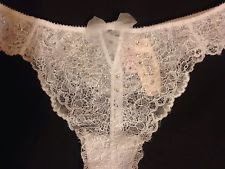 “And pray, what is that supposed to be Miss Michaels?”
“My panties, sir.”
“Panties are supposed to cover your bottom and offer protection. You are about to see that  does neither. Put them on.” There was a collective gasp about the room. No-one expected that.
“Hurry up,” he snapped as she dithered.
“You will receive thirty strokes of the slipper. And instead of saying your line, you will write out five hundred times, Panties are to protect my modesty while you sit at your desk in those said panties. Nurse Brown will supervise.”
Mullens wasted no time on more words, he put his hand on Megan’s shoulder and turned her to face the wall before pushing her downwards to grab her ankles. With no lines to repeat, his spanking was swift and merciless. Katherine winced with each slap of the shoe. Poor Megan’s neat round globes were wobbling like jelly, such was the speed of the spanking. Pink became red became purple as she howled and fussed. But she didn’t let go. Not once. When Mullins finished, she even remembered to thank him.
“Well done, Miss Michaels,” he praised with an admiring glance and a pat on her shoulder.
Katherine melted then. She caught Megan’s eye as she returned to her spot, and even through the tears there was a small smile playing on her lips.
Katherine herself felt like she had been up there, such was her discomfort. Her ass ached and scratched and she was in total inner turmoil. What had started out as morbid fascination had grown to insatiable hunger. She wanted to feel that slipper. And more than anything, she wanted that look from him.
Finally the fifteen offenders were permitted to return to their seats.
“Are you ok? Was it truly as awful as it looked?” Katherine asked sympathetically as Megan gingerly placed her bottom on the unforgiving wooden seat.
“Midnight feast in my room tonight for those who dare. I’ve got vodka,” was Megan’s cryptic reply as her eyes sparkled with mischief.
“I’m in,” Katherine said, feeling the excitement mount. She was thrilled to be joining the ranks of the bad girls.