Caleb, from M/m spanking fiction writing duo Adam and Caleb comes for a visit to tell us a little about himself

Six months ago, I wrote a blog post on why I like reading gay spanking romance. Then out of the blue a few weeks ago, a wonderful guy named Caleb commented on it, asking if he could come visit. A few emails to and fro, and quite a few giggles later, I am absolutely thrilled to do a spotlight on Adam and Caleb and their works. Unfortunately I've only had time to read a few of their stories between then and now but I have to say I love what I've read so far. The northern English turn of phrase and matter of factness is a huge appeal to me, both in their writing and Caleb's mails. It's sure to raise a smile on your face. I'd love to visit Nether Kipping for real and not just in these really sweet stories. Do yourself a favour and check them out. So, I'm gonna thank Caleb for taking the trouble to do up this post and hand you all over to him :)

My name is Caleb and I write discipline fiction stories.  Not alone though. I write with my husband and Top, Adam.  We have done this since 2003. We also live in a discipline relationship which gives us a bit of an advantage and at times disadvantage.

I was told it would be nice to tell you a bit about my lifestyle choice so I can try.  I knew from a very young age that I was interested in spanking, not only because it was the from of discipline used in my home but because it peaked my curiosity whenever it was mentioned on telly.  My best mate and I used to trade spanking stories as children, you know the ones, my Da vs. your Tad.  He was Irish BTW and I am not.
When I got into my teen years I knew what I wanted in a boyfriend and it was a huge cock, it was someone who would spank me when I misbehaved.  I only had one that did though, the other two thought I was either daft or too much work.  Then I met Adam and it wasn't long into things when he brought up control issues. By that he meant he wanted to control things. All things. I have to admit, I went home and pondered the wisdom of being involved with someone who wanted to dictate bedtimes to me but in for a penny, in for a pound.
We sat down and had "the talk". Three cups of tea later and I was squirming and not because I needed the loo.
Not one part of the spanking in our home is erotic. It does not make either of us immediately want to hop into bed and have wild monkey sex or any sort of sex. I am exhausted by it all and just want a cuddle, a movie and maybe a drink.  He wants to cuddle and make sure that I am alright and calm and he definitly needs a drink.  Tea people, not alcohol.  So we pop in a movie, horror, thriller or if it has been a particularly long and painful spanking, rom-com or kidvid.
The rest of our lifetime is spent the same as everyone else, cooking, cleaning, going to town, the theatre, strongest man competitions, dentist, doctor, shopping and in October we always go and see the Ladyboys of Bangkok.

We have six cats now as we were recently joined by two darling black baby girls whom we chose to name Lilly and Poppy.  They joined  the others, Horatio or H who is 9, Serentity who is our baby girl, 8,  the thugs, Steve and Danny who just turned a year and Deric Damn Dog who we got from B&Q;  which is a whole nother story.

Currently our books are housed at Amazon Kindle but not all of them.  I managed to develop a tooth problem and have been on antibiotics  so several of them still need publishing.  You know how it is when you look at something and cannot for the life of you figure out what you need to do with it? That's my problem right now, lol.
We also are putting hard copies at Lulu for those who also like to hold a book in their hands at night as they settle down to sleep.  Create Space will be given a chance later on this fall, early winter months. 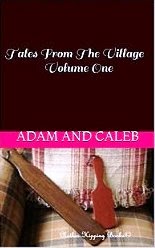 Blurb for Volume one
Nether Kipping is a small village set in the Cotsolds of southern England. It sits between Bristol and London and is near to Oxford. Home to not only the five founding families but many others, new and old have come and gone leaving behind a bit of themselves.
The village does have a few unique souls living there and our couples all share either a traditional or alternative lifestyle. By this we are saying they live discipline relationships. None of them looks on it as a fetish, although we do have a few that can get kinky wid it.
Come read as the brats play and pay for their various crimes and the Tops chase after them, paddles in hand to make sure they do not forget to soon.
Buy links Tales From The Village
Volume 1       Volume 2        Volume 3        Volume 4       Volume 5
Volume 6       Volume 7        Volume 8        Volume 9 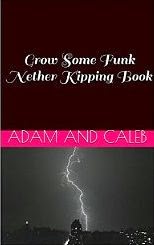 Blurb
Jack makes a disturbing discovery and sets the village on fire. This is only one story of the 100+ that we have written in our part of the universe called Nether Kipping/Tales From The Village.
Everyone gets a part in this story and its timeline is after Boy Racers.
Nether Kipping sits between Bristol and London. It is home to many who practice the discipline lifestyle. Come and join the brats as they try to avoid consequences and the Tops who are determined to mete them out. 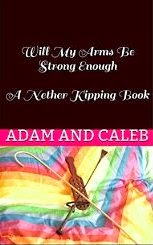 Blurb
Ethan is quirky. He has a hard time talking to people about personal things so he shuts himself off from any contact but the most basic.
Andy has had enough. He wants Ethan to open up to him but in the meantime he takes matters into his own hands instead of just letting others tell him what to do and decides a holiday is in order. He chooses las Vegas and takes Chris along for the ride.
Jack is about to make Ethan's life hell. And we know he can do it.
Edward is enlisted to help out and things really hot up for the architect in ways he doesn't like.
Formerly known as Good bye Norma Jean and comes after Double Trouble.


Will My Arms Be Strong Enough came about because we had been developing the relationship between Jack and Ethan from a previous time in their lives.  They really wanted their story told and it has come about in bits and bobs through out the series. The title changed recently and had orginailly been because of a song that Adam and I both like.  We didn't use it though and as I was reading through the story again it hit me that the first pick was the best. 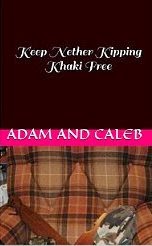 village. It ends badly for the brats and the Tops spend time apologising.
Jack iis pleased that his best mate from Beechcroft is there and he finally learns that his nemesis is too.
Set before book nine and is not a "new" story.
Nether Kipping sits between Bristol and London. It is home to many who practice the discipline lifestyle. Come and join the brats as they try to avoid consequences and the Tops who are determined to mete them out.


Keep Nether Kipping Khaki Free is more of the army invasion that exploded in the village. This time in both a good and not so good way, or at least for Jack.  It comes after A Camping We Will Go and is not included in the book. I think it's Volume Nine.

There is also one more but please do not be tempted to purchase it if you decide that you like the series as it is currently under revision.

Adam and Caleb Blog        http://talesfromthevillagenetherkippingbooks.blogspot.co.uk/
To sample some of Adam and Calebs stories, go to the right of the blog and click on pages.
Adam and Caleb on Twitter @AdamandCaleb
And a new blog: Discipline Relationships unwrapped