Spankings to you my friends. Good to see you here. I'm towards the end of a list of spankings so I hope you're all still sitting comfortably! Of course I meant chair sore...what else would it be? Naturally, given that it's only recently released, I'm sharing a bit of Mastering Maeve! But hush, big secret, I do have a couple of WIP's on the go, and even a signed contract for one...But enough, we'll get to those in a few weeks or so. Have a peek at what is happening in Maeve's world for now.

Setting the scene: Maeve has just snatched Larry’s phone from him and checked up on his incoming call records and he’s absolutely fecking furious!

Fed up with her recent behaviour overall, he’s dragged her by the arm to the small schoolroom, threatening to carry her if she doesn’t come willingly. When they get there he tells her to remove her skirt and then go fetch the old school strap that’s hanging from the door and hand it to him.

He watched her drag her feet to the door, and knew that the very act of fetching the implement herself, while in a state of undress, was adding to her dread. He held out his hand as she returned and passed the leather strap to him. It was about three inches wide and fourteen inches long of double-thickness leather. It was crafted to cause serious pain and he could see she knew that as she passed it

over.
“Now pull your panties down to your knees and lie across the desk; grip the other side with your hands.” She obeyed as expeditiously as she could, considering what was coming. He gave no warm-up, partly as time was limited and partly as this was meant to cause her as much hurt as she had with caused him her accusations. He swished the strap through the air, getting the feel of it, and saw her shudder and tighten her bottom cheeks at the sound. 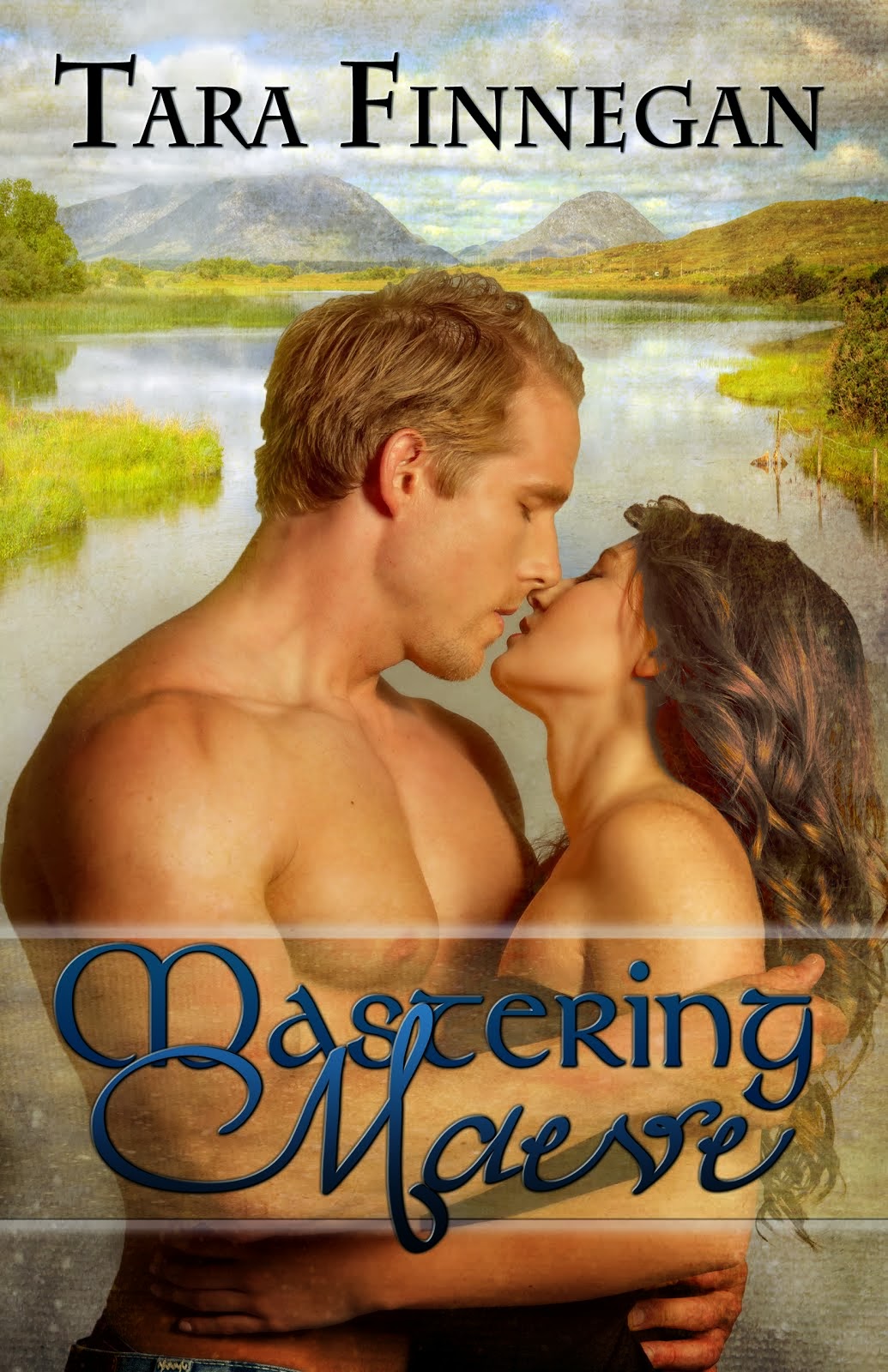 Publishers Blurb:
Finished with college and unable to find a job in her chosen field, twenty-four year old Maeve O’Reilly saw little choice but to return to her hometown in Connemara and work in her grandmother’s hotel. Maeve has barely walked in the door, however, when she learns that the establishment is deep in debt and an American visitor is considering an investment which could be the only chance to avoid foreclosure.
That visitor turns out to be a tall, ruggedly handsome rancher by the name of Larry Williamson, a man whose dominant personality immediately puts him in conflict with the willful Maeve. When she slaps Larry across the face during a heated argument, Maeve learns to her horror that Larry is more than ready to haul her over his knee and back up his firm tone with a firm hand applied to her helpless bottom.
Larry might like to tell himself that he has chosen to move forward with the hotel investment only to avoid any legal difficulties stemming from the spanking incident, but he knows full well that there is only one thing in Ireland he is interested in right now, and that is a beautiful, feisty, sore-bottomed young lady named Maeve.
As the days pass, Maeve quickly finds her anger at Larry fading to grudging respect, and the memory of his chastisement begins to kindle a powerful need within her… a need only the arrogant, bossy Texan can satisfy. Maeve longs for Larry to strip her bare and claim her in a way no man has before, and when at last he does all she can do is beg for more. But will the wide gulf of the Atlantic and the hard realities of a long-distance romance tear the unlikely couple apart, or will they find a way to defy the odds and forge their passion into a lasting bond?
Publisher’s Note: Mastering Maeve is an erotic novel that includes spankings, anal play, sexual scenes, elements of BDSM, and more. If such material offends you, please don’t buy this book.

Thank you so much for visiting, I see I'm not last on today's list in spite of my tardiness, so please do hop along to everyone on the list,and find some magic moments there.