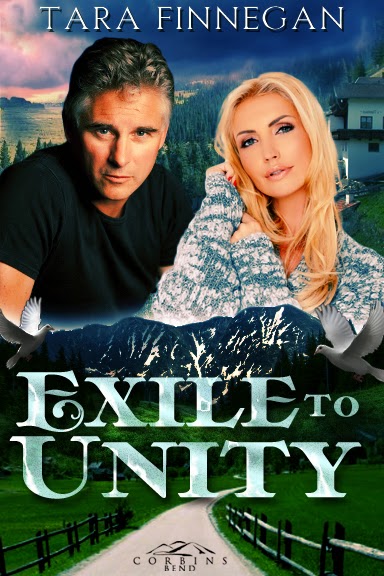 It's their first day in Corbin's Bend, and Ange and Jim are up to their tonsils in crates and boxes, all upended in the middle of the floor by Jim, who seems to think that this is the best way to get the job done quickly. Not a great time for some of the neigbours to stop by, and yet it's so inevitable. The messier the house, the more likely an unexpected visitor will drop in, Murphy's Law # 163778 :)

After lunch as the children were napping, they were still in the middle of the cold war when the doorbell rang and Jim arrived back in the living room with three people in tow. She could have killed him for bringing anyone in to such a mess, especially one of his making. Not that there really was much choice, the whole ground floor was open plan. This was going to be challenging for her house-proud ego. In her last home, they’d had a playroom that she didn’t mind getting topsy turvy as long as the rest of the house was neat and orderly. Ange plastered a fake smile on her face, mortified to have been caught in such disarray. The smile soon became genuine though when the small, round, redhead identified herself as Maeve Harshaw, and the men as Brent Carmichael and Lelo Stephens. As far as she was concerned the only person that mattered at that moment, in that little group, was Maeve and she grasped her in an almost suffocating hug, squealing with glee.
“It’s so good to finally meet you, Maeve.” Ange’s eyes welled up as she met the woman who had helped preserve her sanity over the last year.
“Aw, you too honey,” Maeve replied as she tried to extricate herself from Ange’s grasp.


Ange took in the little group. Brent was an attractive man, blond with intelligent-looking grey eyes. She could imagine he could be pretty formidable, as he seemed to be surveying all he saw before him, weighing it up. Lelo, older and completely grey, seemed pretty intimidating, too, for a small man. Ange figured it wouldn’t do to get on the wrong side of him. Thinking about it, she should have expected to see all these stern dommy types considering the ethos of the co-op, but she hadn’t actually considered that aspect. She sure as hell hoped they realized that she wasn’t going to be bending to her husband’s rule, never mind any other man’s. She wasn’t Taken In Hand and had no intention of becoming so.