Where They Both Belong by Thianna D #CorbinsBend #SneakPeek #ComingSoon

I am so excited to be able to bring you a sneak preview of the next Corbin's Bend novella: Where They Both Belong by Thianna D.  This release is a little special as it's a prequel and it gives you a glimpse into the community as it was just beginning. A little birdie tells me it will be available on Blushing Books towards the end of this week. And that same birdie tells me it's quite a scorcher. Thianna D is ready to take the floor, and what she's sharing will surely whet the appetite.  Make sure you pick this one up.

Set up: Julie caused irreparable damage to their smoke detector and part of her discipline is having to do her nightly routine after ginger has been inserted into her rectum.
*****
It was all she could do not to fidget. She breathed roughly and gripped anything she could to not bounce back and forth from foot to foot while they fixed French Toast. But when he forced her to sit down to eat, she burst into tears. The heat was astounding, horrible, heading quickly to excruciating and as much as she hated it, Julie also knew she deserved it. His hand stroked her hair as they ate, letting her know he was right there. In fact, he didn’t leave her side once the whole evening. That was just his way; whenever he had punished her the entire time she’d known him, he had never once left her alone during discipline. On nights like tonight when the punishment was harsh, he constantly touched her or held her. Sometimes she could swear he was trying to take some of the pain away, even though they knew it wasn’t possible and they both knew she deserved it.
By the time they did the dishes, she couldn’t not fidget. It was physically impossible with her entire ass going up in flames. “Please, Matt,” she begged, tears falling down her face. “Please! I can’t stand it.”
“Come on,” he said in a kind voice that just made it worse as he took the last dish out of her hands, put it back on the drying rack and led her into the bedroom.
“We’re not watching television?’ she asked hesitantly, grimacing at the burn and wanting to reach back and rip the thing out.
“No. I’m tired. We’re going to bed.” He pressed a kiss to the top of her head and went into the bathroom. She stared at his back, afraid he would actually make her wear the thing all night long. At the moment she was ready to promise anything including things she couldn’t even have pulled out of a hat if he’d just remove it. Turning, he beckoned her forth with a finger and she flew into his arms. A warm chuckle rumbled through his chest. “Come, Baby, let’s see that hot little ass.”
It seemed impossible that in that moment where she was in unbelievable pain that desire erupted with those few words. Clutching his arms, she stared up into his eyes, wanting nothing more than for him to take her. Reaching up, he trailed the backs of his fingers down her face. “Yes, Baby. I’m going to fuck your smallest hole.” 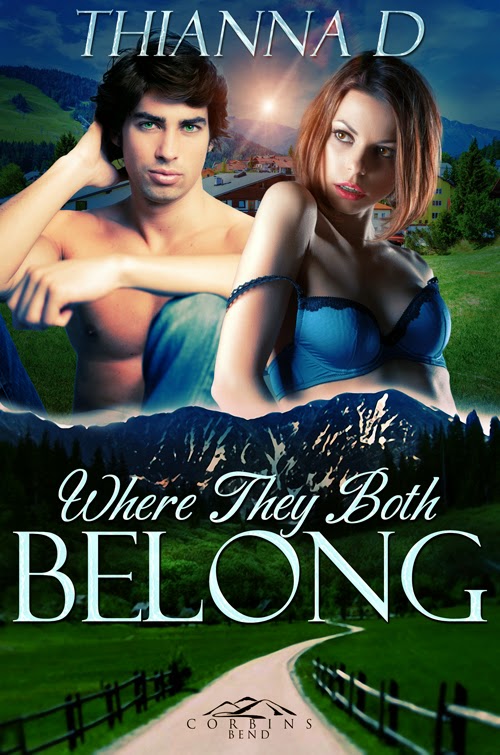 Blurb:
Life-long residents of Mesa, Arizona, both of Matt & Julie Renton’s conservative families turned on them when their discipline lifestyle became public knowledge. Months after being fired from his job, Matt’s was just getting by doing day labor. Worried over Julie’s stress level, he set his hopes on getting into a new housing development in Colorado called Corbin’s Bend where they could be themselves and his lovely wife could finally relax.
Combined with Matt’s natural ability to find the most unique forms of discipline he could imagine, Julie found herself at home in their new community filled with wonderful residents who were nice, friendly, and the kind of people she could open up to.
Tried, true, and tested before they even reached Colorado, Matt and Julie worked hard to keep their relationship strong even as they started a new life. With a new job for Matt and complete acceptance from the community for Julie, they began to feel that this just might be where they belonged. Especially when the community’s welcome basket arrived with a little surprise.
This volume also includes the short story Eau de Guilt
Brittany broke a little rule. If she didn’t find a way to ease her boyfriend Trevor into hearing about it, she might not sit down for weeks. Prepared to soften him up with every one of his favorite dishes, it never occurred to her that in Corbin’s Bend, this kind of thing had a way of coming out, even if you didn’t want it to. Now the only thing left was a discipline spanking and it just might turn her world upside down.
Posted by Unknown at 11:00